Skip to content
Home > News > Why A Mistake In This Technology Age Can Cost You Everything
Published August 16, 2015 by Thomas Lanns

Why A Mistake In This Technology Age Can Cost You Everything

In the war between the world and sex, sex is the undisputed champ. (Tweet This!) And sex seems to be winning, especially when it comes to some of the head-scratching laws our country has designed around it.

I’ve seen a few headlines lately that really have me wondering what is going on when it comes to sex, adults, kids, and technology. We have to do something about our laws to protect our kids.

You may have heard the news recently that Jared Fogle, the now-former spokesman for Subway, is being investigated (allegedly) for child pornography. But before all that, he allegedly had sex with a 16-year-old girl and then attempted to pimp her out on Craigslist. But here’s what’s crazy to me—an old guy like Jared having sex with a 16-year-old is perfectly legal in Indiana. It’s the money and the Craigslist part that’s adding to his legal troubles, not the sex-with-a-child part.

Or what about this story, about famous and wealthy rapper Tyga, a 25-year-old, buying a Ferrari for his (presumed) girlfriend Kylie Jenner for her 18th birthday. Now, set aside the acceptability of buying a car that costs several hundred grand; why is no one pointing out that Tyga was, up until a few days ago, dating a child? (Tweet This!)

One more story that really brought this home to us here at X3church. We recently received an email from a concerned parent. This parent has a 20-year-old son who used a supposed 18-and-over chat room on Kik to talk with two young women; after a series of back-and-forth conversations over a few day, he asked for images. They sent 29 photographs and videos, and only then did he discover they were 15 and 16 years old. He is now facing life in prison on 29 counts of possession of child pornography. 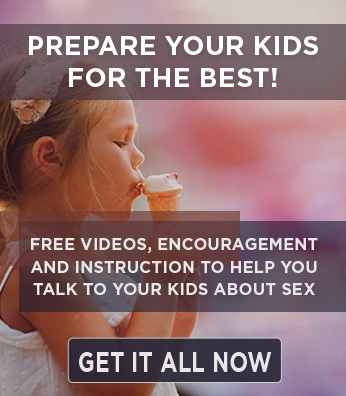 The more our society progresses, the more it sometimes stays the same. Young people are still going to attract the sexual attention of others, and sometimes that attention will be unwanted or even illegal, but our laws are wacked out and are not reliable. (Tweet This!)

So how can we as parents keep our kids safe?

For starters, we have to understand the law. Depending on what state you live in, “sexting” is just as much of an offense as actual child pornography. Whether you think that makes sense or not (and I don’t), it’s possible that’s the law where you live. That means that, if your 17-year-old sends a sexually explicit photograph of themselves to their boyfriend or girlfriend, then they’ve participated in the transmission child pornography and could be doing time.

Your kids are growing up in a different world than the one you did. That’s just the fact of the matter. It’s up to you to educate yourself and to understand that the laws are all over the place, so it’s better to be safe than sorry. Teach your kids that nothing they do online can ever truly be deleted, and that they can’t always trust their peers with sensitive images or videos. (For more information on parenting your kids through today’s technology, check out our sister site iParent.TV.)

For more information and practical advice on raising your children in a tech saturated world, check out the Touchy Subjects video workshop for parents. Practical teaching. Sound advice. Straight talk from two dads who’s been there.

Learn How To Talk To Your Kids About Touchy Subjects

The post Why A Mistake In This Technology Age Can Cost You Everything appeared first on XXXchurch.com.

Quote of the day

Give me six hours to chop down a tree and I will spend the first four sharpening the axe.
Abraham Lincoln