3 Ways to Move Past Sexual Regret

Before we get to the 3 Ways….we want you to learn from this story.

Monica Lewinksy, the notorious center of the scandal that will forever plague former President Bill Clinton, made a remarkable statement in her recent TED Talk:

“I was Patient Zero of losing a personal reputation on a global scale almost instantaneously.”

Ms. Lewinsky sums up, “We have slowly been sowing the seeds of shame and public humiliation in our cultural soil. Gossip websites, paparazzi, reality programming, politics, news outlets and sometimes hackers traffic in shame. A marketplace has emerged where public humiliation is a commodity and shame is an industry.”

The internet was still in infancy in 1998 when Ms. Lewinsky had the most well known affair in American history. Today, you can have instant infamy at a simple click–the public eye has become a regulator for outlandish behavior, and this kind of public shaming can be a good thing.

But “sexual shaming” is a much more profound problem. It has entirely different repercussions and a viciously haunting stigma. It seems nearly impossible to live down a sexual regret in both private and public circles. (Tweet This!) To admit anything else—alcoholism, gambling, gang affiliation, depression—is a victorious confession, but to admit sexual issues—porn addiction, fetishes, regretful sexual encounters—too often sounds a death knell on your whole character.

So what’s the solution?

I don’t think, of course, that all this can be solved in a day. But there are at least a few ways we can begin to move the needle on our hasty quick-click culture. These might be very obvious, but we’ve perhaps become so desensitized to a shame-culture that our shaming has become a reflex.

1. The first is empathy, or humanization. It’s easy to forget that the people in memes and reblogs and tweets are actually people with the same hopes, insecurities, dreams, and goals that we have. No one is a one-dimensional soundbite or the cartoon caricature we imagine them to be. Each person has layers, conflicts, and a whole back-story to how they came to this mess. 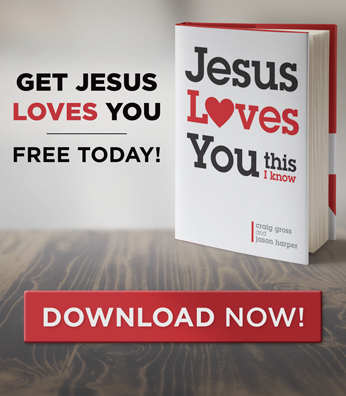 It doesn’t mean we cater to someone’s wrongdoing. It doesn’t mean we excuse irresponsibility. It only means to openly acknowledge that this problem could’ve easily been caused by you. By me. By anyone. If not that problem, then certainly something else or something worse. If we have to comment, I hope we’re offering the benefit of the doubt and a bit of compassion alongside our firm convictions.

2. The second is conversation. It goes both ways: both for the one being shamed and the one doing the shaming. Instead of calling someone out through sarcasm or satire, even when it feels right, it would be even better to dialogue openly about what we’re thinking. To shame someone’s racist Twitter account might only bury their racism. An external shaming will only modify someone’s external behavior without really getting to the internal root of bigotry.

Instead of accusation, which works about zero percent of the time, it might be better to ask, Why do you believe that? Where did you hear it from? How is it true? It’s how Daryl Davis, a black musician, was able to singlehandedly dismantle the Ku Klux Klan in Maryland, by challenging the leaders with pointed, open-ended questions.

When someone has a sexual regret, then dialogue is just as crucial. We each need a safe place to talk about our regrets, no matter how sordid they may be. A person who regrets their past has already been shamed by their own guilt for long enough. (Tweet This!) They already walk into their home and their church and their workplace with a storm-cloud of remorse chasing after them. We can either be a voice that someone must overcome, or a voice that helps someone overcome. (Tweet This!) I want to be the one who can help part the clouds, so that we can be free to move forward.

3. The third is grace. By grace, I mean offering a second chance. A third chance. A tenth.

By grace, I mean giving yourself a chance to move on from what has happened and what you’ve done. It means freedom from self-punishment and over-compensation.

By grace, I mean the expectation of a new life for yourself and for others, who want to reclaim their lives from their former selves.

By grace, I mean believing that you are loved by your Creator, by your community, and those who truly know you. It means believing you have a purpose that has not been devalued by your past, but could only be strengthened by it.

By grace, I mean entering the fractured lives of others to pick them up from the wreckage and rebuild what can be salvaged, with both eyes ahead, to a better future.

As Ms. Lewinsky said, “[It’s] time to take back my narrative. Anyone who is suffering from shame and public humiliation needs to know one thing. You can survive it. I know it’s hard. It may not be painless, quick or easy, but you can insist on a different ending to your story.”

The post 3 Ways to Move Past Sexual Regret appeared first on XXXchurch.com.

Quote of the day

Give me six hours to chop down a tree and I will spend the first four sharpening the axe.
Abraham Lincoln